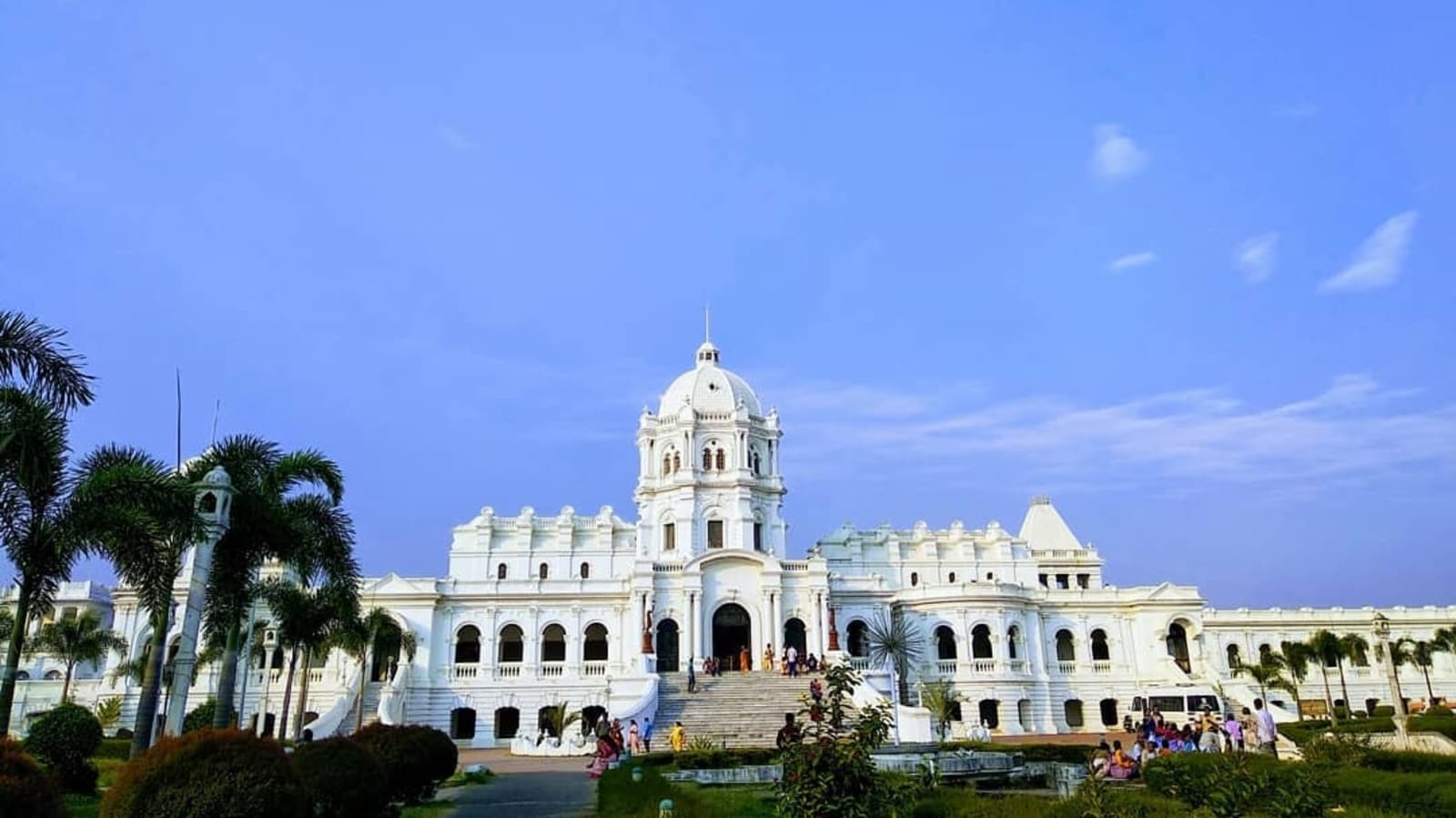 The iconic, century-old Pushpabanta Palace, built by a former Maharaja of Tripura, is being developed as a national-level museum and cultural center.

Nestled on a small hill in the capital, the old heritage structure was built in 1917 by Maharaja Birendra Kishore Manikya, who was himself a painter and used the picturesque palatial residence as a studio. It also doubled as the guest house of the Manikya kings.

Nobel laureate Rabindranath Tagore, who had close ties to the royal family, visited Tripura seven times. During his last visit to the state in 1926, Tagore stayed at Pushpabanta Palace.

Tagore’s 80th birthday was celebrated here by Maharaja Bir Bikram Kishore Manikya during a program in May 1941, experts said.

Documents related to Tagore’s visit to Pushpabanta Palace and excerpts of his work will be exhibited in the proposed museum.

After the merger of the princely state with the Indian union in 1949, the 4.31 acre palace was converted into the chief commissioner’s bungalow and then into Raj Bhavan until 2018. The Raj Bhavan was eventually transferred to a new building in 2018.

He said it would showcase the rich heritage of all northeastern states, Southeast Asian fine arts and contemporary photography, as well as national and international archives.

“It would be fully air-conditioned and monitored by CCTV, and one of the few in the country to offer realistic digital experiences. Our government is committed to preserving the cultural heritage and immense contribution of the royal dynasty of Tripura,” he said.

The palace is a three-storey building constructed with load-bearing brick walls set in lime mortar. It has a large ground floor of 1,114.7 square meters and a small first floor of 159.25 square meters. “The Pushpabanta Palace building itself is an important piece of history and should be preserved with minimal structural changes so that its architecture can be enjoyed by visitors from inside and outside,” said Paul.

The secretariat building near the entrance gate is proposed to be used as a cloakroom, cafeteria, library and souvenir shop.

There are plans to convert the ground floor of the Durbar Hall into an archive store, along with research facilities and restoration laboratories.

Paul said that the Palace Museum, which is the original structure, would feature such things as the Tripura Gallery – showcasing the history of the Royal Family and the State, the Rabindranath Tagore Gallery, a photography gallery and the North East India Gallery.

Panna Lal Roy, a writer, who has chronicled Tagore’s ties to the Manikya dynasty of Tripura, said, “Five of the Nobel laureate’s famous songs were composed in Tripura, when he visited as a guest of the Royal family. The kings also contributed generously to the construction of the Visva-Bharati University (in the Shantiniketan of Bengal).

“The last ruler of Tripura, Bir Bikram Kishore Manikya, conferred on him the title of ‘Bharat Bhaskar’ just a month before the bard passed away.”