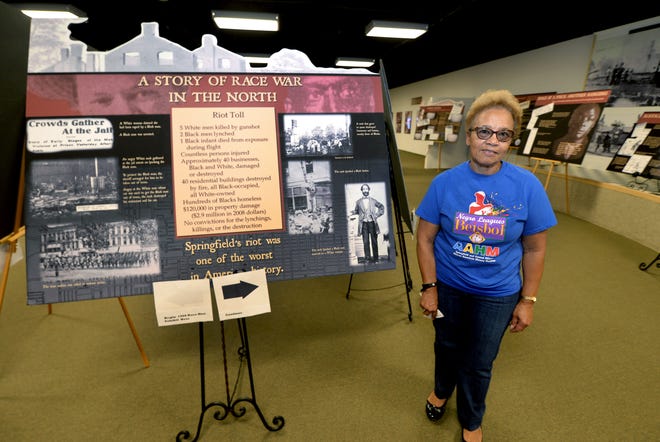 Springfield Museum details how it will use $662,000 grant for expansion

the Springfield and Central Illinois Museum of African American History will use a $662,545 state grant to expand exhibits, create a community meeting hall and develop temperature-controlled storage facilities.

The museum, 1440 Monument Ave., Springfield, was one of 36 organizations that received grants in March from the Illinois Department of Natural Resources. Grants totaled $19.7 million.

The president of the African American museum, Carolyn Farrar, said that with this additional space, the museum would be able to develop more educational projects.

“There are so many programs that celebrate African American history that we want to bring to the community, but right now we have to constantly rotate our exhibits when we want to bring something new because we’re running out of space. “, she said. “We do a lot of traveling exhibits in schools and a lot of them are stored in our museum. The renovation will allow us to expand what we can do and keep our exhibits safe.”

A major part of the expansion plan is to build two galleries and add a variety of new exhibits. She said the galleries will include a digital representation of the Underground Railroad routes in Illinois and the digitization of the 1908 race riot.

“What we’re hoping to do is really draw attention to the families and businesses involved in the riots and imagine some of the artifacts that were excavated,” Farrar said. “Our museum will tell the whole story as it already does, but doing it digitally is important so that it is attractive, engaging and adds to the interpretation of the event.

A new Oak Ridge Cemetery exhibit, focusing on the section where many black people were buried, and a permanent space for the museum’s interactive Middle Passage exhibit are also planned.

The museum is owned by the city of Springfield and although renovations have not started, the two are working together on a construction schedule, Farrar said.

Springfield Mayor Jim Langfelder said the city has made improvements to the building in the past. He believes the expansion will help the museum better teach Black history in Springfield.

“Museums become more relevant over time, so the expansion will help educate more people about what happened here and how we grew as a community,” he said. he declares. “We celebrate when times are good, but it’s the unsavory and tragic times like the race riots that we need to keep front and center, to make sure we don’t repeat the events of the past.”