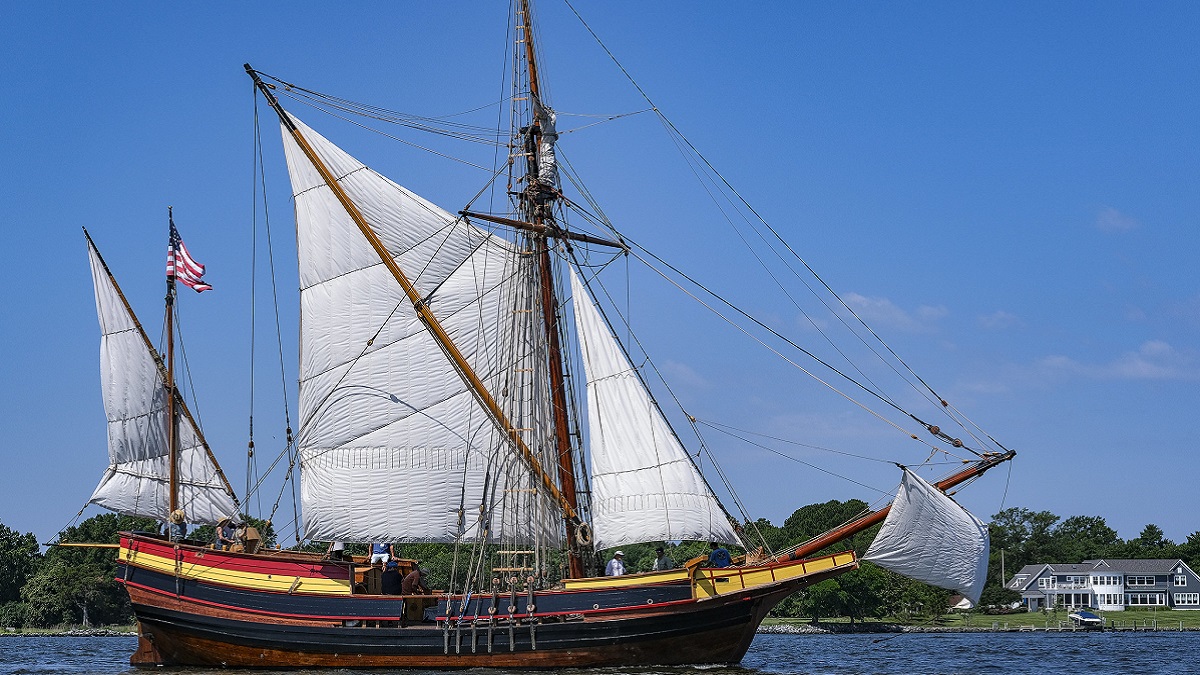 The public is invited to honor the arrival of the new Maryland Dove in St. Mary’s City, Maryland on August 27, 2022.

In 2018, historic St. Mary’s announced that the Chesapeake Bay Maritime Museum (CBMM) had been selected to build a brand new Maryland Dove. The ship, a representation of the late 17th century trading vessel that accompanied early European settlers to what is now Maryland, is owned by the State of Maryland and operated and maintained by the Historic St. Mary’s City Commission. An earlier version of the ship, built in the 1970s by Cambridge’s Jim Richardson, was nearing the end of its useful life, and decades of new research meant a new ship could be designed to be a more historically accurate representation. of the original. Maryland Dove.

Since that first announcement, the construction of the state’s iconic ship has been the focus of the CBMM shipyard. Work over the past few years, all done in public view, has seen the new ship go from concept to reality, as Maryland Dove finally sails to the home port. The historic town of St. Mary’s will hold a commissioning day ceremony to honor the arrival of the new ship. The Sainte-Marie River Nautical Clubas well as bugeye Edna Lockwood of the CBMM, will accompany the Maryland Dove on the last leg of his journey.

The ship’s arrival marks a tremendous achievement, a symbol of the partnership between the Chesapeake Bay Maritime Museum and historic St. Mary’s, and the culmination of years of research by shipbuilders and maritime historians. of both organizations. Having a new Maryland Dove will allow the outdoor living history museum to continue its educational mission

Beyond the Boardroom: Elizabeth Sutton of the Spurlock Museum | People