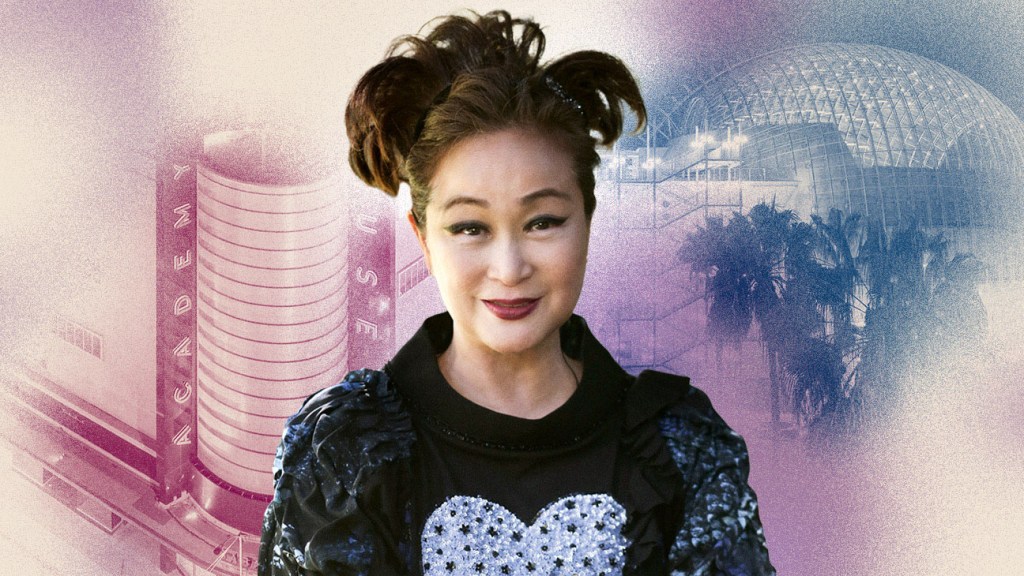 Lee – who is also one of THR’s Top International Women in Entertainment – ​​spoke to THR about her mission to increase cultural diversity and why she supports the museum.

What have been some of your top priorities to help support the museum in its first year?

With my belief that films have the power to shift, elevate and transform the perspective of people around the world, I have dedicated myself to the Academy Museum and to valuing the dynamic diversity and history of cinemas. Additionally, my top priorities for supporting the museum have been aligned with my long-standing mission to deliver multicultural content, including Korean content, all over the world. I’ve always insisted that the entertainment industry is about people. As Vice President, especially with my existing long-term relationships and the relationships I have built working alongside many great people at the Academy, my goal is to serve as a bridge to introduce talent and creators multicultural on the world stage.

What is personally one of your favorite features of the museum?

Having seen the museum come to life from the construction phase, one of my favorite features is the sphere. Anyone can feel the dignity and grandeur of the museum upon entering this space. Personally, I felt overwhelmed, as if I had entered another world. In that respect, it was like watching a movie. Movies also have their own world, and viewers feel like they are entering a new world when a movie starts.

Domestic and international entertainment markets continue to take new steps in the successful crossover of Korean content. As a key architect of this movement, what were the main elements that needed to align for this to happen?

Several components of the success of the Korean entertainment industry have evolved over the years. The Korean market is extremely competitive and rapidly changing. Audiences are also very savvy, so to stay competitive, companies and creators are really striving to realize themselves and make their mark. Another important factor is that Korean content is universal, but also unique. There are so many creative and talented people who have stories they want to tell. Many of them have been exposed to or influenced by American entertainment, but are still deeply rooted in Korea’s unique cultural history and have developed a singular perspective. I believe that the Korean entertainment industry has always been ready, and this success did not happen overnight, which also means that we are not a successful wonder. There are still a lot of amazing stories that have not been told, and after watching the Korean entertainment industry grow in recent years, I’m more convinced than ever of its potential. My mission is to continue to bring Korean creators closer to the global market so they can work with studios and mainstream creators and spread their wings.

Speaking of CJ in particular, now with Fifth Season (formerly Endeavor Content) in its portfolio, as well as investing in Skydance and partnerships with streamers like Netflix and Peacock, what is the company’s long-term strategy?

From the beginning, CJ has always worked with strong partners to strengthen its global business, first to learn the global system and then to adapt it to ours. Our strategy is to accelerate our global presence as a leading content studio, and one of our tactics is to acquire new businesses or enter into partnerships that add value to our growth. The acquisition of the fifth season is a similar story. We have existing experience in funding and producing content for global audiences through the many global companies and partnerships we have been a part of. With that, our new acquisition will lead the charge in developing content for new platforms with international partners, accelerating the pace of global content growth.

What kinds of initiatives, projects or exhibitions would you like to see the Accademia Museum undertake in the future?

Through the museum, I hope the films are more than just an entertaining pastime, but extend their meaning and become part of living history. The museum will be able to connect people around the world to cinema, so I would love to see projects that will provide new experiences for audiences to explore different aspects of cinema and delve into the rich culture that films have to offer. As a minority individual, diversity is very close to my heart. Over the years I have worked to expand diversity and I am proud that more Asian talent is being recognized in the industry. In the long term, I hope these efforts will come together so that ultimately Asian and Korean culture will become a permanent presence in mainstream culture and more voices will be heard. As I will continue to contribute to the expansion of cultural diversity, I would love to see projects and exhibits at the Academy Museum that celebrate diversity.

Interview edited for length and clarity.

What to expect at the Academy Museum Gala

After a highly successful first outing in 2021 (grossing $11 million and featuring a surprise performance by Lady Gaga), the Academy Museum gala returns October 15 with dinner on the alfresco Dolby Family Terrace. Supported by Rolex (a founding supporter of the museum), the evening is co-chaired by Halle Berry Academy museum trustees Jason Blum and Ryan Murphy, as well as Lupita Nyong’o. Funds raised will go towards the museum’s access, education and programming initiatives. (For ticket information, contact [email protected])

Like last year, the performer won’t be announced until the evening, which is being planned by the gala’s artistic director Lisa Love (West Coast contributor to vogue) and artistic director Raúl Àvila (the famous event designer who worked on the Met Gala in previous years). Àvila is mom on the theme of this year’s gala. “We remain true to the integrity of the museum and the brutalist architecture designed by Renzo Piano,” is all he will say, adding that inspirations include “the atmosphere and sexy allure of old Hollywood.” .

The biggest lesson he learned while working on the inaugural gala in 2021? “Last year, we fell in love with how the view of the Los Angeles skyline spoke for itself,” says Àvila. “The best way we wanted to use the rooftop space was to elevate the seats for guests on the decks to better immerse themselves in the beauty of the city.” — DEGEN PENER

A version of this story first appeared in the October 5 issue of The Hollywood Reporter magazine. Click here to subscribe.