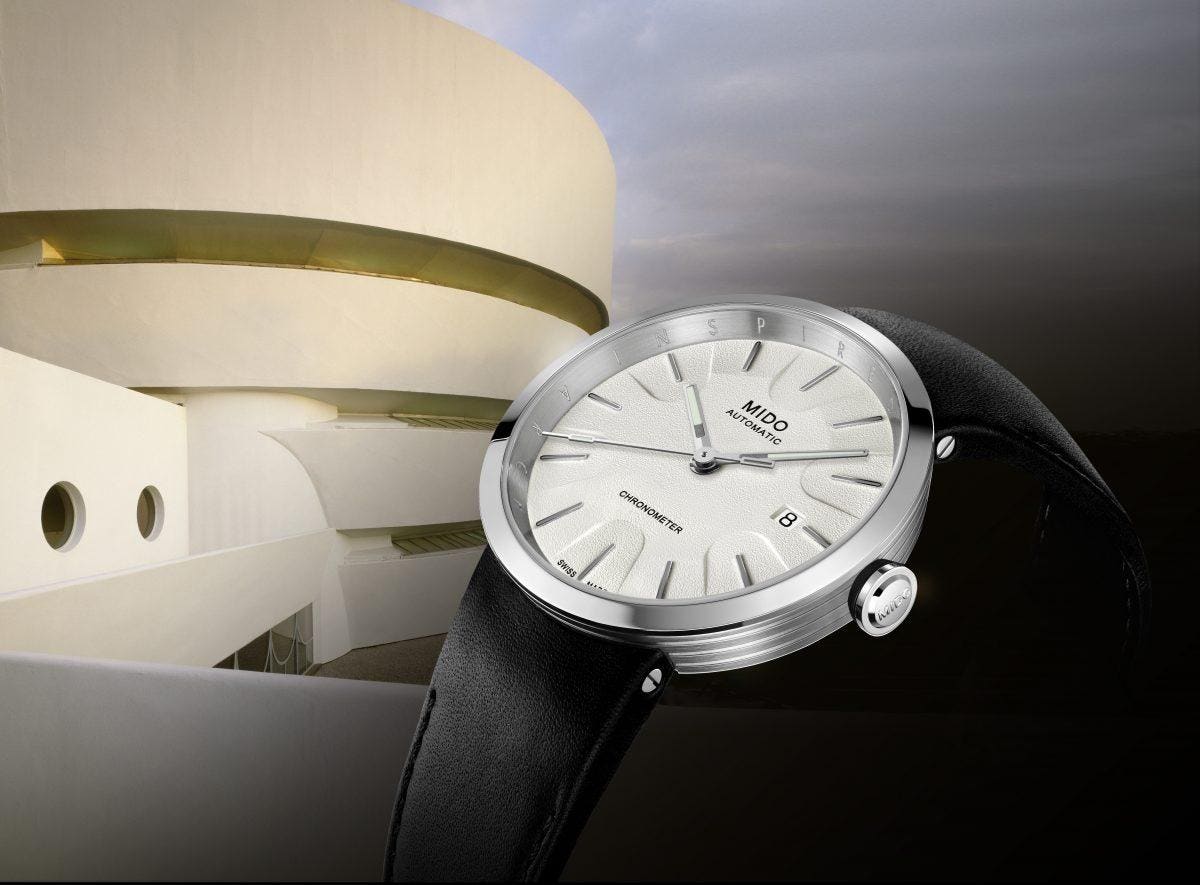 Mido presents a limited edition watch inspired by the architecture of the Solomon R. Guggenheim Museum

Swiss watch brand Mido recently presented a new limited-edition watch inspired by the architecture of the Solomon R. Guggenheim Museum at a gala held in the museum’s rotunda. The watch case features a grooved pattern that echoes the spiral curves of Frank Lloyd Wright’s iconic building. The design of the watch face is reminiscent of the magnificent glass dome ceiling of the Guggenheim. Powered by a self-winding movement, the watch will be available in a limited edition of 500 pieces, each individually numbered.

Mido has traveled the world in search of watch design inspiration, according to Franz Linder, CEO of Mido. â€œWe developed a design competition and took a trip around the world for 12 weeks, every week in a different city,â€ he said. “From Asia to Europe to Latin America, and in each city, five architectural monuments were presented and opened a vote to the public to determine the winner.” There will be “only five hundred watches made.” Linder said. â€œThis will be one of our monument-inspired watches. This is a unique accord. Maybe in a few years we will make a new piece inspired by a new monument. We make watches, but these watches are always inspired by architectural, â€he said. Mido’s slogan “Inspired by Architecture” is inscribed on the caseback. Each watch will be numbered individually.

The Solomon R. Guggenheim Museum, an iconic Fifth Avenue building in New York City, was designed by world-renowned architect Frank Lloyd Wright. The Guggenheim commissioned Wright to design his permanent home in 1943 and opened in 1959. During the 16-year design process, Wright produced “some 700 sketches and 6 separate sets of working drawings for the building, â€according to the museum’s website.

Mido is one of 18 watch brands owned by the Swatch Group, based in Switzerland, and is located in Le Locle, Switzerland. It was founded in 1918 and was named after the Spanish word for measure, mido.