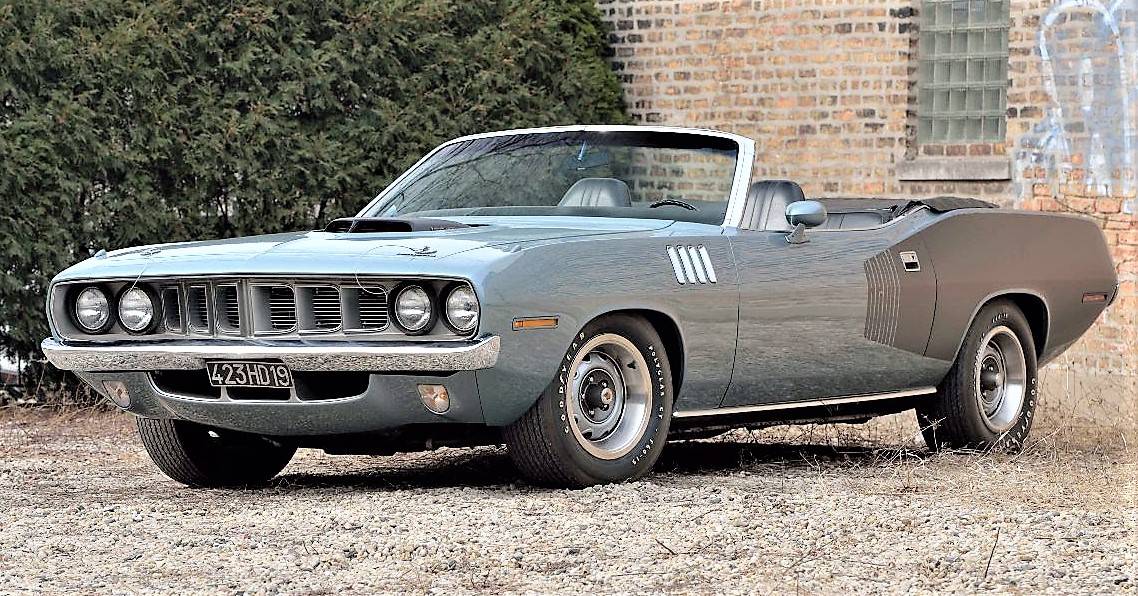 Not without reason, because the Baja 1000-winning Bronco is considered the first off-road supercar and “the most important Bronco-inspired vehicle ever built,” according to Mecum.

But there are many other “main attraction” stars among the expected. 2,500 vintage cars, trucks and motorcycles that will be auctioned May 14-22 by Mecum at the Indiana State Fairgrounds and Event Center.

Mecum’s signature auction is big in all directions. In addition to the total number of vehicles sold at auction, there are 27 private collections on record which together include 500 vehicles, of which approximately 425 of these are offered without reservation.

Among these Mecum shipments is the Class of ’71 collection, made up of four large Mopars: a 1971 Plymouth Hemi Cuda convertible which was one of only 12 produced in 1971 and one of three fitted with the factory A833 4-speed manual transmission; a 1971 Plymouth Cuda convertible, one of five Cuda V-Code convertibles produced in 1971 with a factory 4-speed and one of three Cuda V-Code 4-speed convertibles with the factory shaker hood; a 1971 4-speed Plymouth Hemi Cuda with only 25,200 miles; and a clean, unrestored 1971 Dodge Hemi Challenger R / T Coupe.

Six very original. Award-winning Chevrolet Corvettes, all red with red interiors, make up the Dr. Mark Davis collection, many of which hold Bloomington Gold Benchmark certification. The oldest is one of three 1958 Corvettes to win the NCRS Bowtie Award.

A 1966 Chevrolet Corvette convertible from the collection is the Corvette 427 with the lowest mileage of that model year, with only 11,400 miles on the odometer.

Deuceheaven Collection by Gene Hetland Includes 20 variations of the 1932 Ford: restored, original, run-in and in one case just the assembled chassis and flathead V8 transmission in showcase condition. The collection also includes a number of memorabilia and road art dedicated to the ’32 Ford emblem.

Among the most popular cars is a 1932 Ford Hi-Boy Street Rod “Triple Nickel” with a 35-year history of personal modifications. The rod was featured in Hot rod magazine and presented at the Grand National Roadster Show in Pomona, California.

Other top attractions offered for auction by Mecum in Indianapolis include:

Besides Big Oly, other items from Parnelli Jones’ personal collection include a 1974 Parnelli VP & -4 Formula race car, a 1927 Ford T-bucket roadster, two Saleen Mustangs, and a collection of road art. .

For more information on Mecum’s Indy Sale, including previews of all private collections, visit auction site.