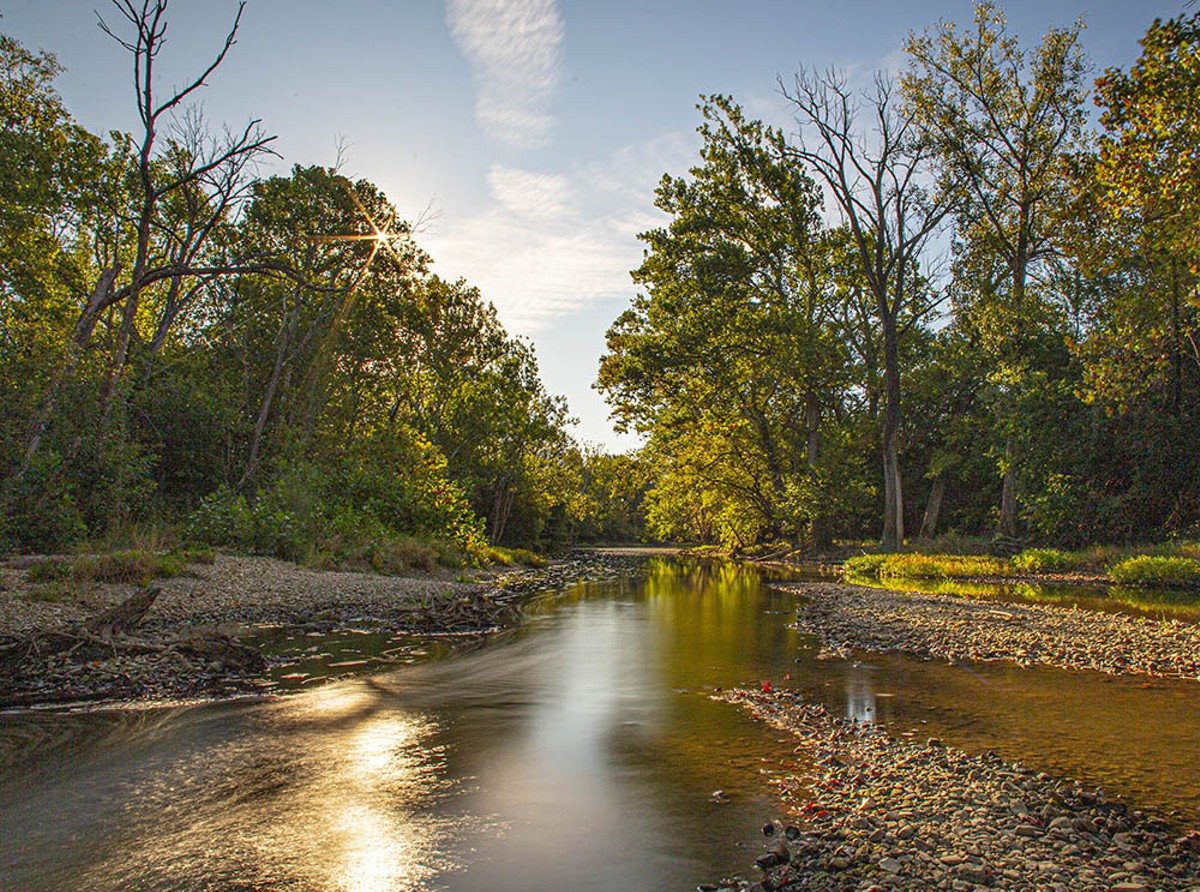 A photograph by Cincinnati photographer Rick Conner, which appears in the Lloyd Library exhibit Visions of nature through time and space.

Past meets present at Lloyd Library and Museum’s latest exhibition Visions of nature through time and space.

Admire the natural wonder of a bumblebee perched on a flower, the milky light reflecting off a stream, a sun-dusted dandelion and more captured by local photographers Rick Conner and TJ Vissing at The Nature Conservancy in Ohio .

Their work will be presented from September 30 to November 31. 19 as part of the 2022 FotoFocus biennial alongside historic images taken by library co-founder Curtis Gates Lloyd, who traveled the world collecting books and plant specimens from the 1890s through the 1920s. Abroad, Lloyd has photographed plants in their natural habitats, including Samoa, Mexico, the Caribbean Islands, Italy and Egypt. Despite his worldly efforts, Lloyd also captured life near his home in Cincinnati and on his farm in Crittenden, Kentucky.

“Lloyd Library is just a treasure, isn’t it? There is so much history and information,” says Vissing CityBeat. “And what we do, I have to say, is a nod to the excellence that they exude themselves.”

Vissing goes on to explain that their piece of the show ultimately draws attention to conservation work. Visions of nature is similar to another of their projects, A year on the razor’s edge. Conner, who was an active member of The Nature Conservancy’s board of trustees and is now a life trustee, said the latest initiative aims to raise awareness of the conservation work being done in Adams County, Ohio. , on the edge of the Appalachian Preserve. There was a first show in 2018 at the Lloyd; the exhibit can now be viewed at the Cincinnati Museum Center.

“There are such beautiful and spectacular places in Ohio that people just don’t know about. And, for me, photography is a great way to capture the beauty of those places,” Conner says. connection to photography and the wonderful sense of place it provides, my personal hope is that it will make people aware of connecting to these places, and then turn that connection into support.”

Vissing and Conner chose photographs for Visions of nature on the theme “threads of light”. Vissing recalls an instance where he was standing in the river with sunlight shining on the water; there he took pictures using a longer exposure time. He realized that he had captured the sunlight by creating a scribble motion on the water. He refers to this unique pattern as a solar signature.

“The hope for me is that people see a picture like this and realize what’s going on. And maybe one day look for it themselves and find it,” Vissing says. [create the scribbling motion] when you squint and sit by a river in the sun and then watch what the sun is doing on the surface of the water.

A photograph by Cincinnati photographer TJ Vissing, which appears in the Lloyd Library exhibit Visions of nature through time and space.

Conner says he’s had similar experiences in motion capture. Many of his photographs also use a long exposure but emphasize the flow and churning of water.

“A long exposure really reveals how the water is moving in ways you really wouldn’t expect, and then it catches the light,” says Conner. “So some of my images reflect that. But, to me, it was just a really intriguing thing that’s almost mysterious and unveiled through the action of taking these photos.

The sixth annual FotoFocus Biennial features more than 100 projects at sites in Greater Cincinnati, Dayton and Columbus. All participating projects relate to the theme of World recordwhich aims both to consider the photographic archives of life on Earth while exploring the impact of humanity on nature.

Guests can expect several events throughout the exhibition, including an artist talk with Conner and Vissing on Wednesday, November 9 at 7 p.m.

Visions of nature opens September 30 and runs through November 19 at the Lloyd Library and Museum, 917 Plum St., Downtown. Information: lloydlibrary.org.

Send CityBeat a news or tip or submit calendar event.