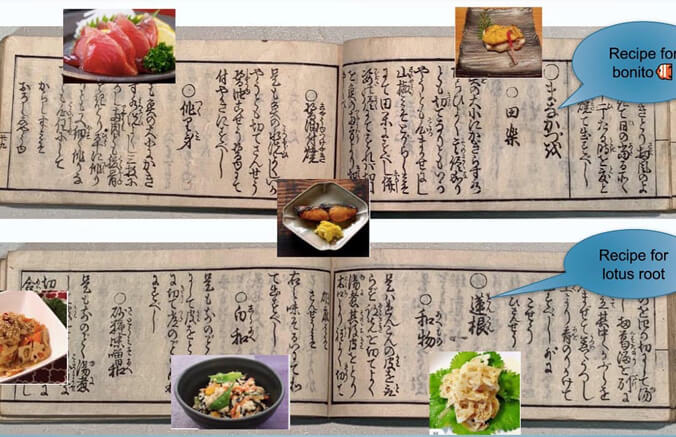 A collaborative project between the University of Hawaii in Manoa Department of East Asian Languages ​​and Literatures (EALL) in the College of Arts, Languages ​​and Letters and the Honolulu Museum of Art (HoMA) will offer students the opportunity to help catalog one of the largest archives of Japanese rare books and prints in Hawaii.

“As a researcher and instructor, one of my goals is to diversify the field and provide students with opportunities for community development. Such activities lead them to rethink their contribution to knowledge production, increase their skills and consider possible career paths in the public and private sectors,” said Tommasi.

This autumn, HoMA Research associate Kiyoe Minami visited the Mānoa campus to introduce students to the collection, which includes manuscripts such as make-up and hairstyles fashionable during the Edo period (1603–1868), an old math textbook from 400 years of geometry and recipes for beginner cooks.

“It was a bit strange to learn that even though these objects were from a few hundred years ago, they showed that people back then had similar interests to people today, such as fashion, health, fortune telling, manga and games,” one student said. Sho Tanaka. “[It] made me think about the importance of preserving, cataloging and displaying these historical elements to better understand our history and where we come from.

The HoMA–EALL collaborative project aims to draw attention to how HawaiiJapan’s interdependence with Japan has, through transpacific diaspora movements, helped shape the culture of the Hawaiian Islands. Under the direction of uh Mānoa Emeritus Professor Robert Huy, uh engaged in various collaborative initiatives with HoMA and the National Institute of Japanese Literature for the past six years, which has resulted in workshops and projects.

The ongoing collaboration between uh, HoMA and NIJL also paved the way for EALL to recently join the Global Consortium for Japanese Textual Scholarship, which aims to create a space for participating organizations to work together through online activities related to pre-modern Japanese texts, such as training human talents, sharing information and the exchange of opinions on databases.

The Pulitzer Prize finalist will speak at the library