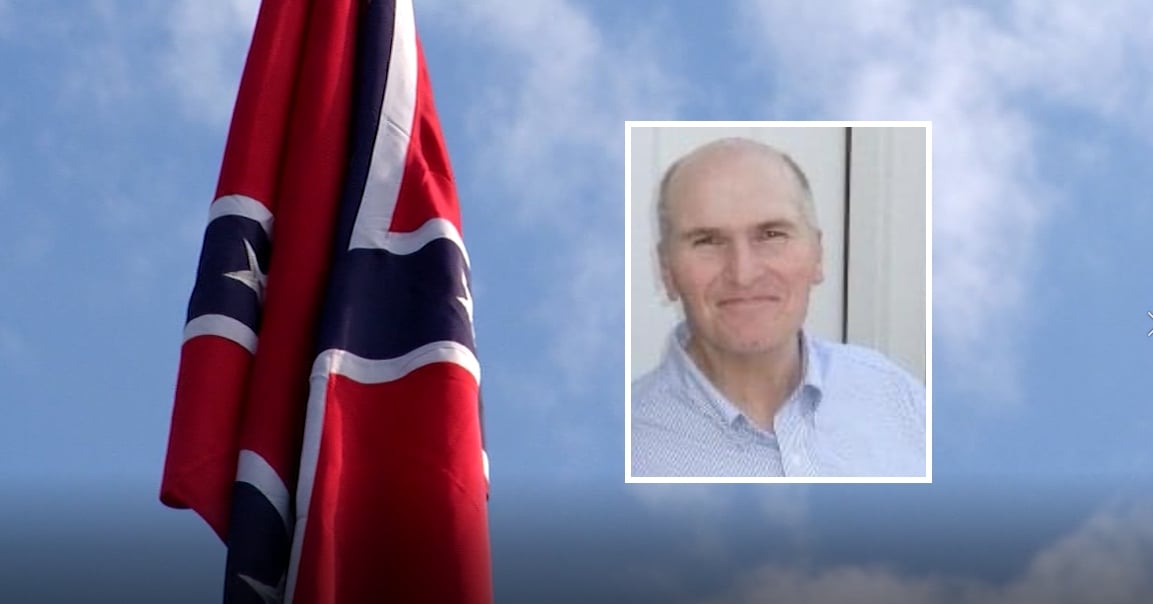 GEORGETOWN, Del. — Calls for the Confederate flag to be taken down from a local museum in Georgetown continue with the grandson of the museum’s founder speaking out, saying that if the Georgetown Historical Society doesn’t remove it, the family wants the museum’s name changes.

Tom Marvel, the grandson of Nutter D. Marvel who founded the Marvel Carriage Museum in 1968, tells 47 ABC’s Rob Petree that the Confederate flag does not represent their family’s wishes. Now, more than 50 years after its founding, the museum is embroiled in a controversy over the flag flying on the land where Nutter and his family once lived.

“My concern is my grandfather’s legacy,” Tom Marvel explained. “My grandfather left it as a horse and carriage museum. A Confederate flag and a Confederate monument, that’s just not something he would have let out there.

The land and buildings of the Marvel Museum were donated to the Georgetown Historical Society (GHS) by the estate of Nutter D. Marvel Sr. in the winter of 1996. By this time, several historic buildings had been moved and restored by Marvel- you with the help of the Historical Society on the museum grounds.

For years, local civil rights organizations, elected officials and concerned citizens have called for the Confederate flag, which flies on the grounds of the Marvel Museum, to be removed. The Sons of Confederate Veterans (SCV) of the Delaware Grays installed the monument where the Confederate flag flies outside the museum in 2007.

Controversy surrounding the flag was reignited this summer when Georgetown City Council voted to approve thousands of dollars in taxpayer funding for the museum.

“Take it off,” said Tom Marvel when asked what words he had for the Georgetown Historical Society. “I don’t think it helps with the race issue. It’s just a detriment to the county as a whole.

If no action is taken by the historical society, Marvel tells us it has another request in mind.

“If it’s not removed in a reasonable time, we as a family will consider asking them to remove our grandfather’s name because he wouldn’t want it there,” Tom Marvel said. insistently. “It’s not what my grandfather would have wanted.”

47 ABC News has reached out to the Historical Society multiple times for comment on the unanswered question.

The Georgetown Historical Society released a statement about a month ago refusing to remove the flag:

“The GHS intends to keep its word to SCV, in particular on the choice of flags to adorn the Memorial, and calls on all citizens of good character and good faith to engage in the environment of unity, pluralism and tolerance demonstrated at the unveiling on May 12, 2007, allowing those who have chosen to honor their dead to do so with respect for their election, all in pursuit of the advancement of education and history that defines the noble object of the GHS.

Their statement came on the heels of the heated controversy that has been discussed for years in the Georgetown community. In July, Georgetown City Council approved more than $24,000 to pay for repairs to the museum, a move that outraged some residents who argue the organization should receive no public funding unless it removes a flag confederate floating in the field.

Late last month, pressure intensified against city officials in Georgetown after concerned citizens and members of the Central Delaware NAACP turned out to condemn council members for their decision to fund the museum.

The Central Delaware NAACP and the Southern Delaware Alliance for Racial Justice said they are exploring potential lawsuits in regards to the city of Georgetown’s handling of funding approval.

This is a developing story and 47 ABC News will post more information as it becomes available.