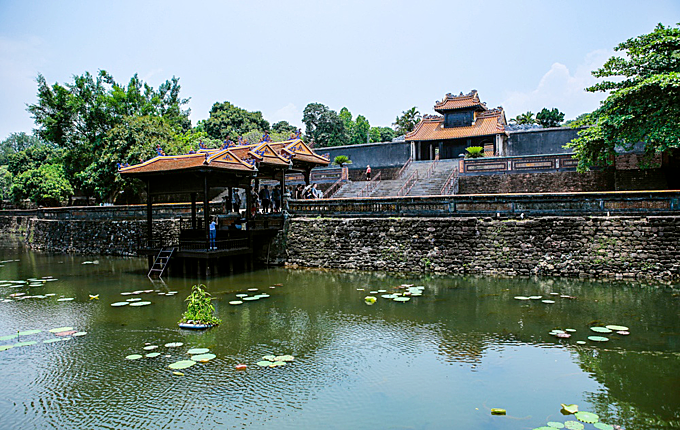 What can be found on Open Heritage about the tomb, which is the scale of a park with lots of temples, ponds and green spaces in real life, are 2D and 3D photos, videos and information on how it was built, as well as You Duc’s Story.

A collaborative project with American nonprofit CyArk, Open Heritage was launched last year and has since added information and videos with 3D views of the monuments.

CyArk was founded in 2003 in response to the growing threat of destruction, looting and encroachment on cultural heritage sites as well as natural forces such as earthquakes, fires and floods.

In June last year, the organization began documenting Tu Duc’s tomb at the Hue Monument Complex, using the same methods it has used at more than 200 other sites around the world.

It uses laser scanning and drone cameras to create high-resolution images from the ground and above, then processes and combines these images into precise 3D surface models of heritage sites.

It has also partnered with Seagate, a US data storage facility, and the Hue Monuments Conservation Center for the tomb project.

CyArk performed photogrammetry of the interior and exterior of the monuments and also covered aerial views using drones.

Besides the tomb, CyArk also chose the An Dinh Palace, which is home to the last Nguyen kings of Vietnam, and is still working on collecting data and photos from the palace.

Founded as the capital of unified Vietnam in 1802, Hue was not only the political seat of power, but also the cultural and religious center under the Nguyen dynasty.

The Hue monument complex has suffered from the effects of wars as well as modern development and the expansion of human settlements.

Below is the video of the tomb of Tu Duc from Open Heritage.