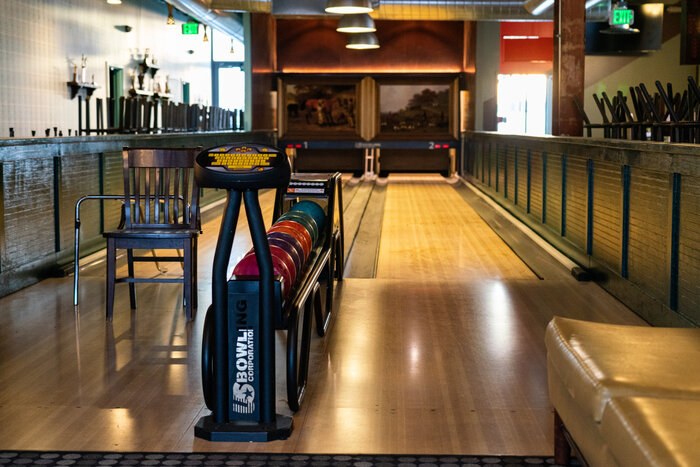 FlyteCo Tower and Wings Over the Rockies Museum Announce Partnership

DENVER – Two of Denver’s most beloved aviation-themed destinations team up. When FlyteCo Tower, FlyteCo Brewing’s second location opens this summer at 3120 Uinta St, Denver, CO 80238, customers can expect aviation-themed exhibits on loan from neighboring Wings Over the Rockies Air & Space Museum. Additionally, FlyteCo customers might notice Wings Over the Rockies-themed beers, with a portion of the proceeds going to the museum, as well as co-hosted events at the brewery. Wings, named “20 Best Aviation Museums in the World” by CNN Travel, is located just three miles from the New Brewery in the Central Park neighborhood. FlyteCo plans to open its brewery in the summer of 2022 in the now defunct Stapleton International Airport attached to the iconic 164ft tower.

“Wings Over the Rockies and FlyteCo share the same mission to educate, inspire and excite all ages through aviation,” said Eric Serani, co-owner of FlyteCo Tower. “I received a scholarship to obtain my pilot’s license at 16 and it changed my life. Together, we hope to have a cumulative effect in engaging and immersing more people in aviation at one of Denver’s most iconic aviation historic sites.

FlyteCo’s experience is deeply rooted in aviation – two of the three original owners are pilots and the original brewery features many jaw-dropping airborne design elements including a salvaged airplane wing and a life-size replica of a Boeing 737 fuselage. Additionally, 10% of FlyteCo’s profits benefit the future of aviation through scholarships and donations to youth engagement as well as youth-focused organizations. veterans. FlyteCo’s commitment to give back 10% of profits will continue at the new site.

“There is so much aviation history in our neighborhoods of Lowry and Central Park,” said Wings President and CEO Maj. Gen. John Barry, USAF (Retired). “We are thrilled to share some of this history with FlyteCo guests through our exhibit and our shared passion for aviation.”

“We think FlyteCo guests will love their immersive aviation theme,” Wings curator Chuck Stout said. “In addition to great beer, guests will get to sample some really cool aviation technology and history. We hope they will take advantage of our reciprocal discounts to visit the museum.

Denver-based FlyteCo Brewing opened in March 2019 in the Berkeley neighborhood with just five beers on tap. The aviation-themed brewery is the brainchild of Morgan O’Sullivan, Eric Serani and head brewer Jason Slingsby – all of whom first bonded over an equal love of homebrewing and coffee. aviation. Since then, the brewery has added a cafe and bagel restaurant, 15 more taps and a number of awards, including a silver medal for the FlyteCo Marzen Copter and a bronze medal for the P-38 Pumpkin Porter to the Brewski Awards 2021. In December 2021, the brewery announced that it would open the FlyteCo tower in the recently revitalized former Stapleton International Airport control tower. The site is expected to open in the summer of 2022.

Learn more about Wings Over the Rockies

Wings Over the Rockies is a Colorado-based nonprofit organization dedicated to educating and inspiring everyone about aviation and space projects of the past, present, and future. Using the Air & Space Museum in Denver’s historic Lowry neighborhood to preserve the past and Centennial Airport’s Exploration of Flight Center to focus on the present and the future, Wings strives to encourage future aerospace leaders of tomorrow. For more information on Wings Over the Rockies, please visit WingsMuseum.org, ExplorationOfFlight.org or like us on Facebook, follow us on Twitter and Instagram, connect with us on LinkedIn and subscribe to our YouTube channel .