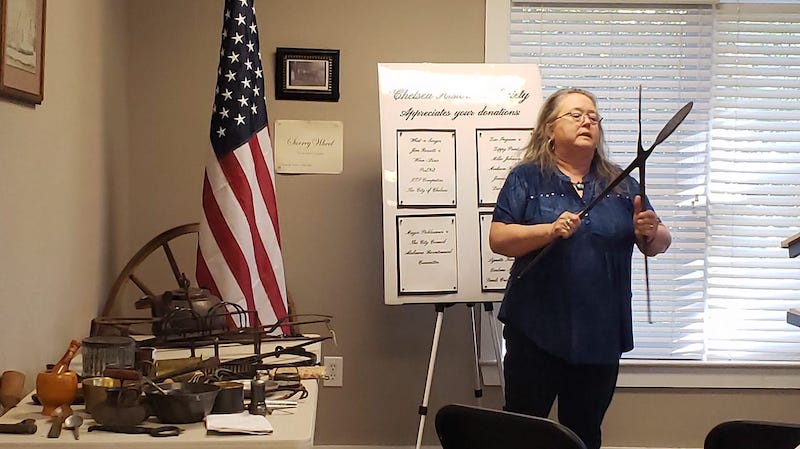 CHELSEA – Residents had the opportunity to learn how to cook the old-fashioned way when The Historic Foodie visited the Chelsea Historical Museum.

The Historic Foodie, also known as Victoria Brady, is an author and passionate about old-fashioned cooking. She gave residents a presentation on 18th century cooking at the Chelsea Historical Museum on Sunday, October 23 at 2 p.m.

“She walks around doing demonstrations for Girls of the American Revolution schools, different organizations and talks to them about how the food process was back then,” Chelsea Historical Society Vice President Kristi said. Averetta. “In our demonstration that she did this (last) weekend, she talked about pickling, canning and preserving and she focused on ketchup. Not how we see ketchup today, but how they might have made ketchup back then.

Victoria Brady is the author of several books and magazine articles on ancient food and cooking. She also collects old kitchen utensils.

“She also had a lot of tools laid out on the table, different instruments that they might have used, and talked about how they made waffles back then,” Averette said. “(She) basically had a waffle maker, but it was a big long heavy cast iron pole that would have penetrated the coals, and (she) gave anyone the ability to hold it if they wanted to.”

“I would say the most important thing is that there are still a lot of family recipes that we probably have from that time,” Averette said. “They didn’t have a grocery store just around the corner. They grew their own stuff. They kept their stuff to last a whole year, if they needed it. Because when supplies were available, they used them. So it’s just a matter of learning that everything back then wasn’t as readily available as it is today.

Those interested can learn more about Victoria Brady by visiting Thehistoricfoodie.wordpress.com/about.

The Chelsea Historical Society has guest speakers quarterly in the Historical Museum’s lecture hall. The next speaker is currently scheduled to speak on Sunday 22 January.

The Chelsea Historical Society and museum are funded by donations. Annual subscriptions are available for $20.

For more information, visit his Facebook page at Facebook.com/ChelseaALHistoricalSociety, or visit the Historical Museum at 41 Weldron Dr. Chelsea.