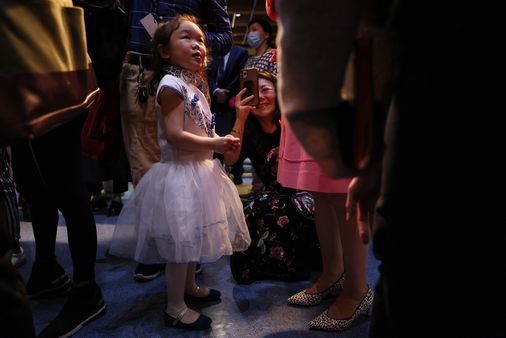 Some 7,000 miles across the globe, a Chinese city bears a striking resemblance to Boston. It has a major port, is home to a thriving biotech industry, teeming with universities and young professionals, and housing costs are exorbitant.

But Hangzhou, the capital of eastern China’s Zhejiang province, doesn’t just look like Boston in appearance. The towns are related, linked together by a twinning agreement signed 40 years ago to the day on Sunday.

The anniversary was marked with a celebration of Chinese culture at the Boston Children’s Museum in the Seaport, highlighted by a traditional lion dance, an exchange of gifts and speeches from officials who helped keep the deal together.

“This celebration is a testament to the power of cooperation and collaboration, and we need that now more than ever,” said Carole Charnow, president and CEO of the museum. “[We] are deeply committed to the values ​​of people-to-people exchanges around the world, so that we can listen to each other’s stories and find common ground.

Crowds of children fidgeted impatiently in their seats as performers from Hangzhou who had traveled to Boston to mark the occasion played the hurusi, a gourd-shaped flute, and the erhu, a two-stringed bowed instrument sometimes called a Chinese fiddle. A young girl let out a cry of joy as her mother sang a Yue opera song. And, as the program ended, the crowd enthusiastically gathered for photos with Mayor Michelle Wu, the first Asian American to hold the post in Boston.

“We want to make sure that this ongoing partnership and collaboration and the elevation of the work that’s unfolding is always centered on our story,” Wu said.

The sister city agreement came to fruition in 1982 at the instigation of then-mayor Kevin White. That year, White and a delegation of city officials and members of the Boston press flew to Hangzhou to tour the city and meet with officials there. The trip, which lasted two weeks, was aimed at fostering relations between the two cities that officials said on Sunday have only grown stronger in the decades to come.

Hangzhou has the fourth largest metropolitan area in China, with some 10 million people living within the city limits. It is generally regarded as the most picturesque city in China, once described by Marco Polo as “the most beautiful and magnificent city in the sky in the world”. Several of China’s top universities have campuses there, and Forbes consistently ranks it as the top commercial city on the Chinese mainland.

The celebration, which took place in a hall on the second floor of the museum, offered visitors a glimpse into Chinese culture. The museum, officials said, has long acted as a binding force between the two cities.

In 2014, the museum sponsored an exhibition called “Children of Hangzhou”, which allowed museum visitors to meet ordinary children of the city in “distinctive Chinese settings”. His intention, “to dispel stereotypes and demystify China”.

Sunday’s crowd was a mix of visitors from Hangzhou, museum patrons who stumbled upon the celebration, and members of various Chinese organizations in Boston.

Among them were Iju Chen and Rosa Wang, who traveled to Boston from New York to join in the festivities and meet Wu, “a role model for young Asians all over the United States”, they said. The couple, both students at Columbia University in China, found solace in the cultural exhibits.

“We just think it’s an especially important day for Chinese people living in the United States, for our culture to be recognized in such a beautiful way.”