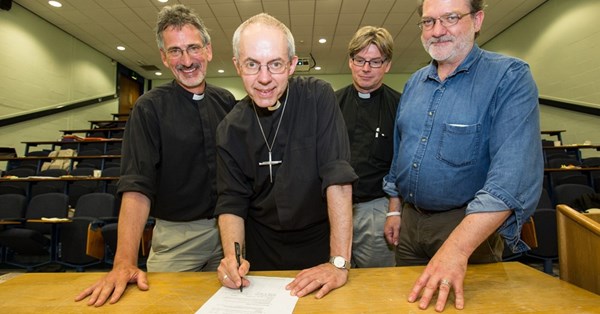 Archbishop Welby signs the register of a new credit union for clergy and church staff in England and Scotland at the General Synod in York, July 2013

Archbishop Welby signs the register of a new credit union for clergy and church staff in England and Scotland at the General Synod in York, …

THE fight against payday loans continues, the Archbishop of Canterbury confirmed this week.

An article in the Church hours this week examines the results of the Archbishop’s so-called “war on Wonga” (News, August 2, 2013), which culminated in the creation of the Just Finance Foundation in 2016. He finds that many parishes, inspired by intervention by the Archbishop, provided advice on debt and managed credit unions, although not all initiatives have stood the test of time.

Archbishop Welby said this week: â€œThe Church of England operates 33,000 social projects, including debt and financial counseling centers, across the country. We don’t do this to be kind – we do it because Jesus calls us to care for those who are vulnerable and to uplift those who struggle.

â€œThe Bible speaks forcefully about debt slavery, money, and equity. I am determined to continue responding to God’s call to respond with compassion and courage to the injustices of usury and poverty.

Commentary: What happened to the war against Wonga